Long-Term Evolution (LTE) is a wireless broadcast communication standard for mobile devices and data ports based on GSM/EDGE and UMTS/HSPA technologies. The standard was developed by 3GPP (3rd Generation Partnership Project) and intended as a GSM/aims to provide a path for the upgrade of GSM/UMTS networks and CDMA2000 networks.

The following are the 3GPP-based advanced requirements for LTE: 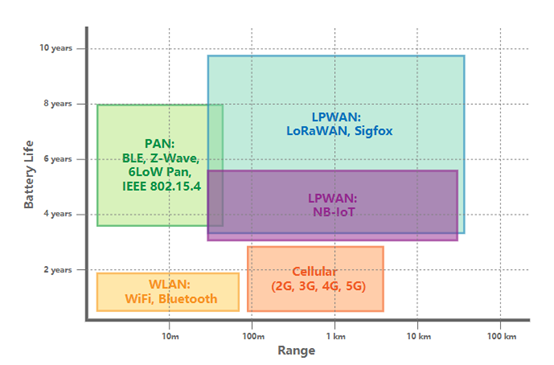 Today, we will introduce the 3GPP Spectrum Bands.

The LTE system introduces key transmission technologies such as OFDM (Orthogonal Frequency Division Multiplexing) and MIMO (Multi-Input & Multi-Output), which significantly increases the spectral efficiency and data transmission rate (20M Bandwidth 2X2MIMO In the case of 64QAM, the theoretical maximum downlink transmission rate is 201Mbps, and it is about 140Mbps after deducting signaling overhead.

However, according to the actual networking and terminal capability limitations, it is generally considered that the downlink peak rate is 100Mbps, and the uplink is 50Mbps), and supports multiple various bandwidth allocations: 1.4MHz, 3MHz, 5MHz, 10MHz, 15MHz and 20MHz, etc., and support the global mainstream 2G/3G frequency bands and some new frequency bands, so the spectrum allocation is more flexible, and the system capacity and coverage are also significantly improved.

The network architecture of the LTE system is flatter and simpler, which reduces the network nodes and the complexity of systems, thereby reducing system delay and the cost of network deployment and maintenance.

The LTE system supports interoperability with other 3GPP systems.

LTE adopts a single-layer structure composed of eNBs, which is beneficial to simplify the network and reduce the delay, and realize the requirements of low latency, low complexity and low cost. Compared with 3G access network, LTE reduces RNC nodes. Nominally LTE is the evolution of 3G, but in fact it has made revolutionary changes to the entire system architecture of 3GPP, gradually approaching the typical IP broadband network structure.

The LTE architecture is also called the E-UTRAN architecture. E-UTRAN is mainly composed of eNBs. Compared with UTRAN network, eNB not only has the function of Node B, but also can complete most functions of RNC, including physical layer, MAC layer, RRC, scheduling, access control, bearer control, access mobility management and Inter-cell RRM etc. 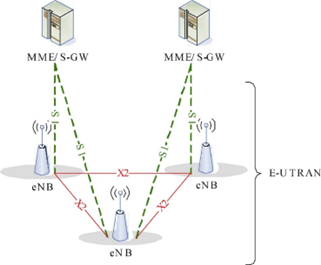