HomeNewsThings You Need to Know…

Things You Need to Know About Combiner and Duplexer

In the wireless mobile phone communication system, the main function of the combiner is to combine the input multi-band signals and output them to the same indoor distribution system.

The combiner is generally used at the transmitting end. Its function is to combine two or more radio frequency signals from different transmitters into one and send it to the radio frequency device transmitted by the antenna, while avoiding the mutual influence between the signals of each port.

A combiner generally has two or more input ports and only one output port.

Port isolation is a relatively important indicator, which is used to describe the ability of two signals to not affect each other, and generally requires more than 20dB.

The 2In2out combiner has two input ports and two output ports, and is often used to synthesize two wireless carrier frequencies and feed them into an antenna or distribution system. If only one output port is used, the other output port needs to be connected to the load.

Combine the signal receiving and sending of the signal mobile phone into one antenna.

In engineering applications, it is necessary to combine the two frequencies of the 800MHz

C network and the 900MHz G network to output. By adopting the combiner, a set of indoor distribution system can work in the CDMA frequency band and the GSM frequency band at the same time. 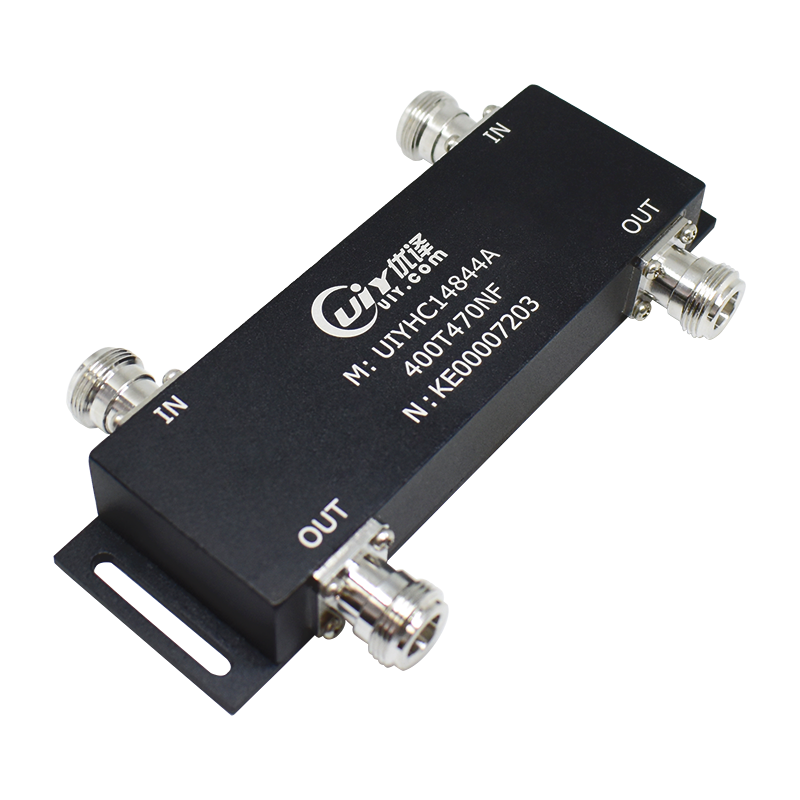 Another example is in the radio antenna system, after the input and output signals of several different frequency bands (such as 145MHZ and 435MHZ) are combined through the combiner, a feeder is used to connect to the radio, which not only saves a feeder, but also avoids the hassle of switching between different antennas.

The duplexer is the Inter-frequency duplex radio, which is the main accessory of repeater.

Usually the differences of V-band, U-band duplexer transmit and receive frequency is 5MHz, and same as the working bandwidth 5MHz to ensure the duplexer isolation of more than 80dB.

It has proved that using a duplexer is better than using two antennas to transmit and receive.

3. Difference Between Combiner and Duplexer

For example: the uplink and downlink signals of mobile communication.