RF Circulators and Isolators are defined as RF Ferrite component, transfer RF signals by control of the ferrites. An RF signal experiences a low loss in the direction of arrow and high loss in reverse due to its non-reciprocal.

The connection of RF Circulators: 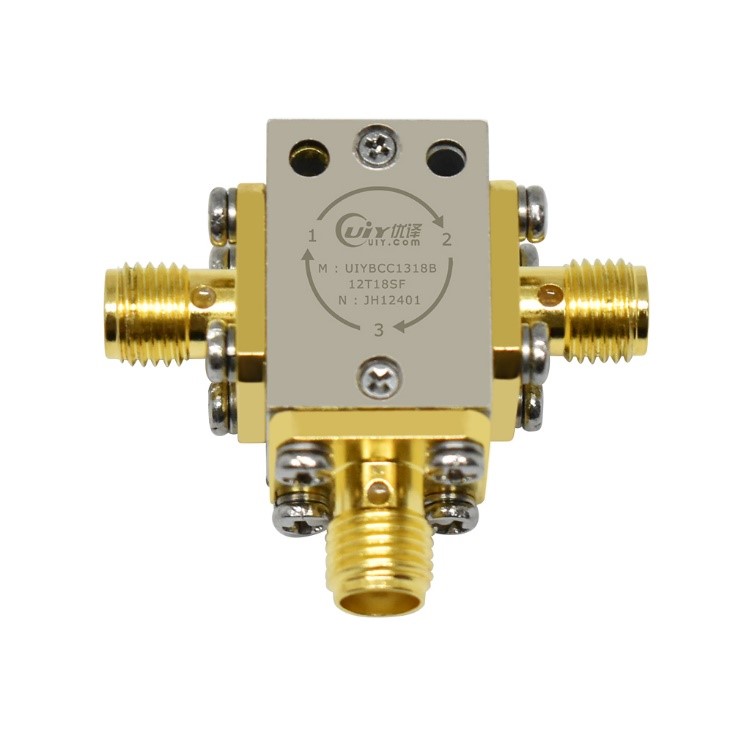 The Applications of RF Circulators

Usually, three-port circulator can be used as duplexer. Port1 connect with transmitter, Port2 connect to antenna and Port3 connect to receiver as to achieve the purpose of sharing the same antenna.

In order to prevent the reflected electromagnetic wave from burning the receiver, when using it in a high-power system, it is quite common to connect a Limiter between the port3 and the receiver. 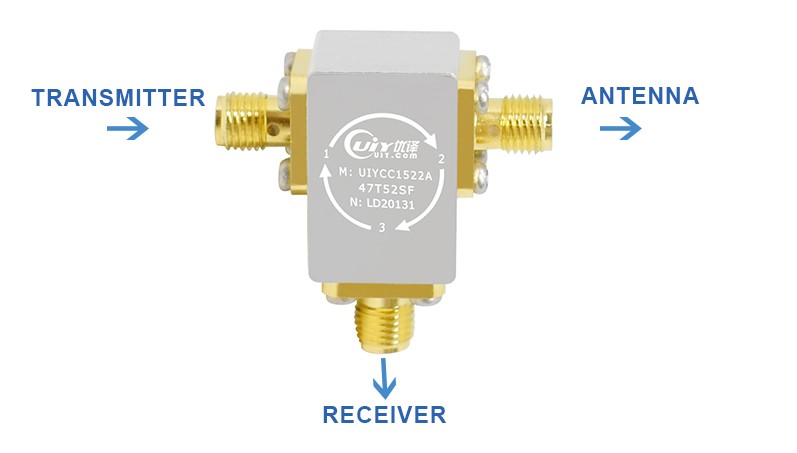 The applications of RF Isolators:

When one port of circulator connects with a matching load, the component can be used as RF isolator.

RF isolators are widely used in the protection of high-power RF generator in order to prevent the generator from being unstable or even burned due to load changes caused by reflected power. Use isolator to take out the reflected power between antenna and transmitter or between communication systems and radar system.

An RF isolator can also be used on the receiver port.