The Definition and Testing of IMD3

In RF or microwave multi-carrier communication systems, IMD3 is an important indicator to measure linearity or distortion.

Before understanding IMD3, let’s first introduce what IMD is.

The intermodulation product is represented by the following formula:

m, n are positive integers including 1, m+n is the order of intermodulation

Example: When m+n=3, it is the third-order intermodulation

How is the IMD3 defined?

When two or more frequencies of radio waves propagate in non-linear radio frequency devices, or when they run into metal objects in the air, intermodulation interference signals of other frequencies may be generated, just like the transmission of panic. Panic spreads to a flock of goats (IMD3), but the degree of panic may decrease, and the flock’s panic spreads to the birds (fifth-order intermodulation: IMD5), and the degree of panic decreases again.

, the frequency of the third-order intermodulation is generally at the position of the sum

A graph of the main signal and intermodulation products displayed in the scanner is shown in Figure 2.

The third-order intermodulation is an important indicator used to measure the nonlinearity of radio frequency devices. Its magnitude is expressed by the ratio of the intermodulation product to the main output signal, and the unit is dBc.

The power ratio of the third-order intermodulation component to the fundamental frequency component is defined as IMD3, which is expressed by logarithm as

In the formula, the remainder Res. is expressed as follows

The difference between IP3 and IMD3:

The difference between the two is mainly that IP3 is for power value, IMD3 is relative value,

and the units of the two are dBm for IP3 and dBc for IMD3.

The test of IMD3 and IP3 is not difficult, but there are some points need to be cared about in the test. If they are not handled properly, the accuracy of the test results will be affected.

For the test of third-order intermodulation, it is required to feed equal amplitude dual tone signal to the tested part. The dual tone spacing shall be set according to the test requirements of the tested part. Generally, it is necessary to select the appropriate dual tone point and frequency spacing according to the actual use scene. For the test of IMD3, the two-tone amplitude can be large or small. However, if IP3 is to be tested, the amplitude should not be too large. It must be ensured that the part to be tested works in the approximate linear region. 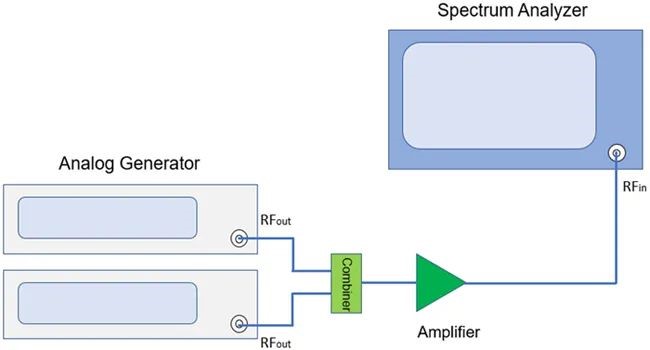 Or use a vector source to edit the waveform file through the baseband side, so that a single channel can output a dual tone signal. The signal generated by this method will have a certain degree of third-order intermodulation distortion. Therefore, this method is only used as an alternative when there are no two signal sources. 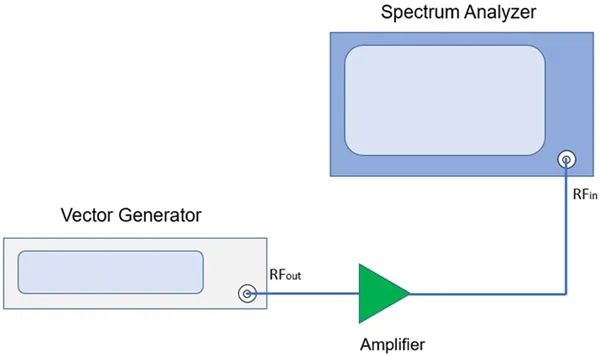 Fig. 3 and Fig. 4 respectively show the schematic diagram of the third-order intermodulation test connection when two dual tone generation modes are adopted. The whole test is relatively simple. Use the spectrometer to test the spectrum output by the amplifier, set the appropriate reference level, center frequency, span and RBW, and display the spectrum of the fundamental frequency and the third-order intermodulation signal. Use the marker function to calibrate IMD3, and thus calculate the power value of IP3. At present, the medium and high-end spectrometers on the market basically have IMD3 and IP3 direct test functions, which makes the test more convenient.